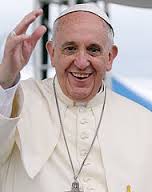 The International Movement We Are Church, in view of the second anniversary of the election of Pope Francis, calls to all the forces of reform to continue to support a consistent course of reform in line with the Second Vatican Council and to counteract the growing resistance within the church. The cardinals and bishops here especially have the duty to ensure that the epochal change, launched 50 years ago by the Council, can succeed in the Roman Catholic Church.

With the sentence: "How I wish a poor church for the poor", Jorge Mario Bergoglio, elected pope two years ago on March 13, 2013, at the first press conference after his election, established connections to that what Pope John XXIII had formulated as his vision before the beginning of the Second Vatican Council (1962-65) . A vision that survived in the Latin American church, but that many martyrs had to pay for with their lives - as the Archbishop of El Salvador, Oscar Romero, who was murdered on 24 March 1980 at the altar, and whose beatification process Pope Francis has reopened.

After the resignation of Pope Benedict XVI, Francis now drives ahead with the renewal course in many areas. It is a fundamental cultural shift that finally tries to implement now what the Second Vatican Council intended 50 years ago, regarding intra-ecclesial reforms, participation of the faithful, opening to the world, ecumenism and inter-religious dialogue. This cultural change will also bring a change of structure. For this, however, people of the Church and the theological sciences need to be much more actively included by the bishops to participate and need to continue to call themselves for this participation.

Instead of making decisions "from above", Francis triggers processes and deliberately chooses the "synodal way" as in the double Family Synod 2014 and 2015. This change from "ban-mode" to "interactive mode" is unfamiliar for many in the Catholic Church, but corresponds to the direction of the Second Vatican Council! The list of newly appointed cardinals from around the world in February 2015 shows that global diversity is promoted. A decentralization of the church structure must follow. The cardinals and bishops, especially the consultants for the reform of the Curia, carry a great responsibility to ensure that this reform course of Francis will be successful.

We ask the Pope to reinstate lay people, theologians, women and others removed unfairly from engagement in the Church in the last years. At the same time we call for direct and permanent dialogue with the Pope to express to him our concerns and our beliefs about issues facing our Church.

But the strength of the resistance to any kind of reform within the Vatican itself, is shown by the fact that Pope Francis was forced once again to express sharp criticism to the Roman Curia at his Christmas greetings, 2014. This alarming wake-up call was directed not only to the senior members of the Curia, but to all cardinals and bishops of the universal Church, who still show far too little support the intentions of Francis.

Since the beginning, however, Francis to a large extent has received the support of the people in the pews. In December 2014, the US-based Pew Research Centre released impressive numbers. The survey in 43 countries shows a high level of support for Pope Francis with an average of 60 percent. Particularly high approval ratings have been found in Europe (84 percent), United States (78 percent) and Latin America (72 percent) (www.pewglobal.org/2014/12/11/pope-francis-image-positive-in-much-of-world).