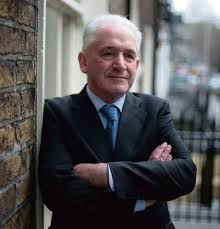 An international group of Catholic sisters, priests and lay people, all of whom have been ‘delated’ (i.e. reported) and subjected to ‘examination’ by the Vatican’s Congregation for the Doctrine of the Faith (CDF), formerly known as the Holy Office of the Roman Inquisition, have said that this body “doesn’t reflect the gospel values of justice, truth, integrity and mercy that the Catholic Church professes to uphold” and that are called for by Pope Francis. They also say that the CDF “acts in ways that are out of keeping with contemporary concepts of human rights, accountability and transparency that the world expects from the Christian community and which the Catholic Church demands from secular organizations.”

“Can you get justice from a body that acts as investigator, accuser, judge and jury and then imposes the penalty?” spokesman for the group, church historian Paul Collins asks. “And then, if an appeal is made, it is heard by the same people,” Collins adds. The accused have to deal with secrecy and anonymity, often having to negotiate with the CDF at third or fourth hand via a network of superiors and bishops. “People are not informed as to who accused them,” Collins says, “there is no presumption of innocence, the accused don’t know who is judging them with prosecutors acting as judges; they don’t even know who their defense counsel is. They are usually never given a chance to defend themselves verbally and in person. Letters go unanswered for months, or are “lost”.