We Are Church International Calls for New Financial Supremo at the Vatican, Says Credibility Compromise in Absence 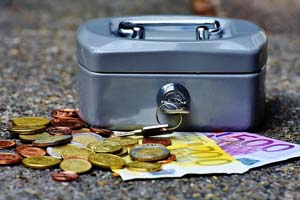 Reform of the Vatican’s finances has been a top priority for Pope Francis. However, after some initial successes he has now suffered several serious reverses:

It appears obvious that some powerful members of the Curia do not want transparency in financial matters. The problem seems to lie in Vatican culture, where each Vatican department guards its autonomy. While most Vatican departments now prepare accounts covering their running costs, there are no public accounts of the Vatican’s property and investment portfolios, which are spread over a number of departments. The Vatican’s property portfolio is estimated at €10billion but these details are kept secret.

We Are Church International fully supports Pope Francis’ financial reforms aimed at accountability and transparency. “We call on Pope Francis to appoint a new head at the Secretariat of the Economy to replace Cardinal Pell, whose 5 year term would in any case end in 2019” said Sigrid Grabmeier, Chair of We Are Church International. “The new head should be a layperson with experience in change management in complex organizations. This is essential in giving the people of the Church a sense that the Vatican understands the importance of being open about its finances. It will increase the sense of trust donors have in the Vatican.”

Contact: Marianne Duddy-Burke, This email address is being protected from spambots. You need JavaScript enabled to view it. +1 617-669-7810