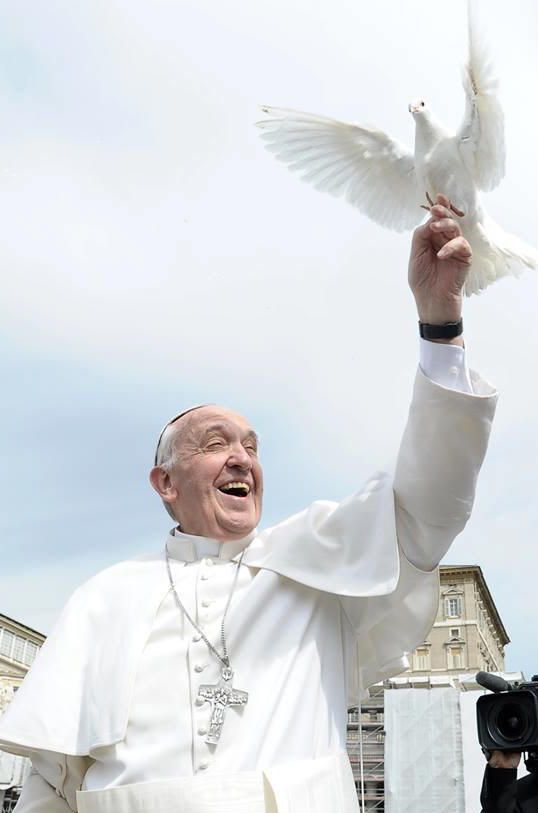 In “Nonviolence: A Style of Politics for Peace,” his message for the 50th anniversary of World Peace Day, January 1, 2017, Pope Francis has called for peacebuilding through active nonviolence. He identifies the many communities throughout the world impacted by various forms of violence, and calls on all people to commit to “acknowledge one another as sacred gifts endowed with immense dignity.”

We Are Church International endorses this important message, and commits itself and its members around the globe to the practice of nonviolence, community-building, and good stewardship of the earth. We commend our Pope for addressing this critical issue in a way that honors people of all faiths and ways of life.

We wish to underscore that the World Peace Day Message is a historical moment which changes course from much of the past Magisterium of the Church. Pope Francis is on the same wavelength as  the “Appeal to the Catholic Church to recommit to  the centrality of Gospel nonviolence” born from  the Conference of Rome (11-13 avril 2016), which was “an assembly with  people of God from Africa, the Americas, Asia, Europe, the Middle East, and Oceania included lay people, theologians, members of religious congregations, priests, and bishops”.

We Are Church International especially notes the portion of Pope Francis’ message that acknowledges, “This is also a programme and a challenge for political and religious leaders, the heads of international institutions, and business and media executives: to apply the Beatitudes in the exercise of their respective responsibilities. It is a challenge to build up society, communities and businesses by acting as peacemakers. It is to show mercy by refusing to discard people, harm the environment, or seek to win at any cost. To do so requires ‘the willingness to face conflict head on, to resolve it and to make it a link in the chain of a new process’… Active nonviolence is a way of showing that unity is truly more powerful and more fruitful than conflict…Certainly differences can cause frictions. But let us face them constructively and non-violently, so that ‘tensions and oppositions can achieve a diversified and life-giving unity,’ preserving ‘what is valid and useful on both sides’. “

“We call on Pope Francis and other leaders of our Church to apply this message to the governance of our own Church,” said Sigrid Grabmeier, Chair of We Are Church International. “Too often, the people of the Church have been discarded or treated with disrespect. Disagreement has been swept under the rug or seen as dangerous, even when it comes from deep love of our faith. We seek the opportunity for dialogue and creative problem-solving as part of peacemaking within our Church.”

We Are Church International has urged its members and communities to observe World Day of Peace with prayer, study of active nonviolence, and recommitment to the goals expressed by Pope Francis.