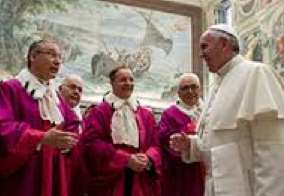 He is Professor Danilo Castellano, one of the leading experts on the subject. He judges the reform as “contradictory and inconsistent.” But Cardinal Kasper doesn’t like it, either (by Sandro Magister) 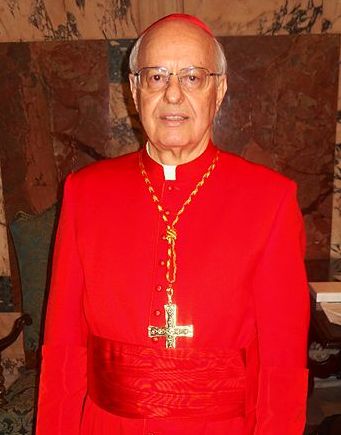 This morning in the Holy See Press Office Cardinal Lorenzo Baldisseri, general secretary of the Synod of Bishops, gave a presentation of the phases and methods of the Ordinary General Assembly of the Synod of Bishops on “The vocation and mission of the family in the Church and the contemporary world”, which will commence on Sunday 4 October.
“Tomorrow evening, in St. Peter's Square, in the presence of the Holy Father, a prayer vigil will be held in preparation for the Ordinary General Assembly of the Synod of Bishops, to be attended by the Synod Fathers, the participants in the Synod and all the faithful of the world, on an initiative of the Italian Episcopal Conference, which has invited families, movements and ecclesial associations. At nightfall the beauty of the family will shine through lighted torches. The trustful invocation of the Holy Spirit by the People of God is the prelude to the work of the Synod; indeed, we recall the important tone given to the last Extraordinary General Assembly by the Holy Father, with the powerful homily he gave during the Vigil.
Read more ...