Some 16,500 responses have been received by the Bishops’ Conference of England of Wales to a Vatican survey of Catholics’ views on same-sex marriage, contraception and communion for divorced and remarried couples. But their contents will not be revealed, unlike in Germany, where the responses showed a huge gap between church teaching and what Catholics believe and practise.

A spokesman said the bishops would not reveal the results of the consultation prior to next October’s extraordinary synod on the theme of marriage and the family.

The FAQs are enlightening

Introduction and Translation from German by Bernie Aurin.

These are very clear, honest, and open words from a prominent cleric about the leadership of the Church. Maybe a cleric speaking in this way finally signals the end of blind obedience and the empowerment of the people. While the interview addresses the abuse issue Mertes' answers have direct relevance for the upcoming  Synod on the Family and the efforts of making the voices of families heard at this synod.

In 2010 Jesuit Klaus Mertes brought the sexual abuse scandal out into the open by making public the cases of sexual abuse of students by priests at a Jesuit college in Berlin. Mertes is presently the director of the Jesuit college of St. Blasius in the Black Forest. He has been selected to receive the Freedom-in-the-Church Award coming April in Lucerne, Switzerland, from the Herbert Haag Foundation.

The following is an excerpt from an interview with Klaus Mertes published by the Cologne newspaper "Stadt-Anzeiger" on February 6, 2014: 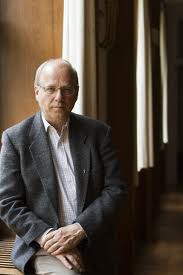 "Fighting cases of sexual abuse only works if independent third parties are included. The Vatican has to subject itself to external audits, independent investigators and experts. And the process of investigating sexual abuse has to be transparent. This is very important for the victims, who should be the primary concern of the Church. The victims should not feel that they have to fight constantly for justice. They should feel: The institution hears our story and recognizes our pain. And there have to be disciplinary consequences for those clerics who have concealed abuse crimes.

"The punishment should be large enough to hurt the perpetrators as well as their protectors and the institution behind them. Up to today this has not been the case with the compensatory damages awarded. But it is not just about money, it is also about disciplinary consequences: They should not be restricted to the perpetrators in the strict sense alone. Bishops guilty of concealment should loose their positions or resign.

"But what happens instead? People like Bishop Ludwig Müller, who hid and concealed at the highest level in his diocese of Regensburg makes a rapid career at the Vatican. He is the prefect of the Congregation For the Doctrine of the Faith and will soon be made cardinal. He is the number three at the Vatican and still phantasizes about "evil media campaigns" against the Catholic Church. No sign of remorse and no sign of willingness to think about the connection between abuse and the structural problems of the Church.

"He acts as if there were just a few bad clerics, but otherwise everything is o.k. with the Church and can remain as it always has been. That is unbearable for me. Unbearable especially for the victims. How can this man have any credibility as head of a Vatican office that has to deal with cases of abuse?

"I am afraid that Rom is still not ready to confront the whole depth of the problem. Regrettably, Müller's attitude is typical.

"With respect to the pope I am not familiar enough with the society in Latin America to make any judgement regarding the way of thinking that Francis has been exposed to - his position regarding homosexuality, for example. But there is something in his lived experience that gives me hope: The pope knows what it means to live in a system that abuses power and at the same time hides the abuse. He has experienced how this poisons the most intimate relationships. This is a bridge he should be able to cross and take a new look at the issue of sexual power in the Catholic Church.

"On a scale from one to ten I would rank the Vatican as an institution not very highly, maybe two or three. Certainly, Pope Benedict XVI understood better than his predecessor. And one of the best meetings at the Vatican took place in 2011 when the bishops sat down and had to listen to the stories of victims and could not run away. Something like this should take place every three months. The bishops participating said afterwards: "We always thought this was just negative propaganda directed against the Church. Now we realize that these are true stories." This kind of experience changes people more than a pile of papers with many bullit points.

"The Catholic Church in Germany has done an excellent job in terms of prevention and, in parts, also in the investigation of abuse. What is happening at the intermediate level - the level of school principals, kindergarten teachers, youth associations, those on the staffs charged with prevention - is truly excellent. The Church is way ahead. Govermental offices keep asking the Church for advise how to go about prevention. The problem is that this credibility is constantly being put into question by the actions from above.

"There are still bishops who obstruct investigations and do not support their own staff tasked with dealing with abuse. There are many unsolved problems with respect to the handling of perpetrators. Again and again victims tell me that perpetrators are still active in their parishes. The central problem remains the independence of the investigation and the investigators."

Compiled and translated from German by Bernie Aurin.

Febr. 6, 2014 - Stephan Ackermann (50), Bishop of Trier, and appointee of the German Bishop’s Conference for abuse cases, was interviewed by the “Allgemeine Zeitung” of Mainz. (Trier has a population of about 100,000 – pretty much the same it had in the 4th century when the Roman emperors resided here. Trier has been a diocese since the 3rd century – Germany’s oldest.)

The whole interview was not made available, but the newspaper article reported that the following was said by Ackermann: