As Catholics stream to the opening mass for the Synod, reformers ask for a vote and run into the police 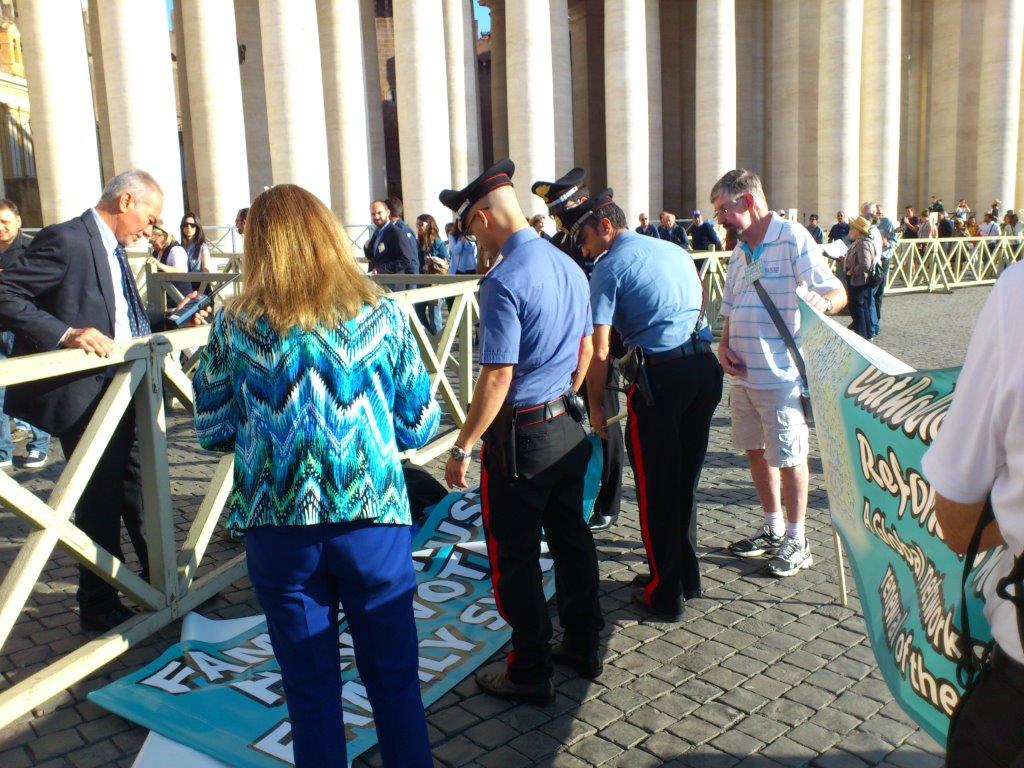 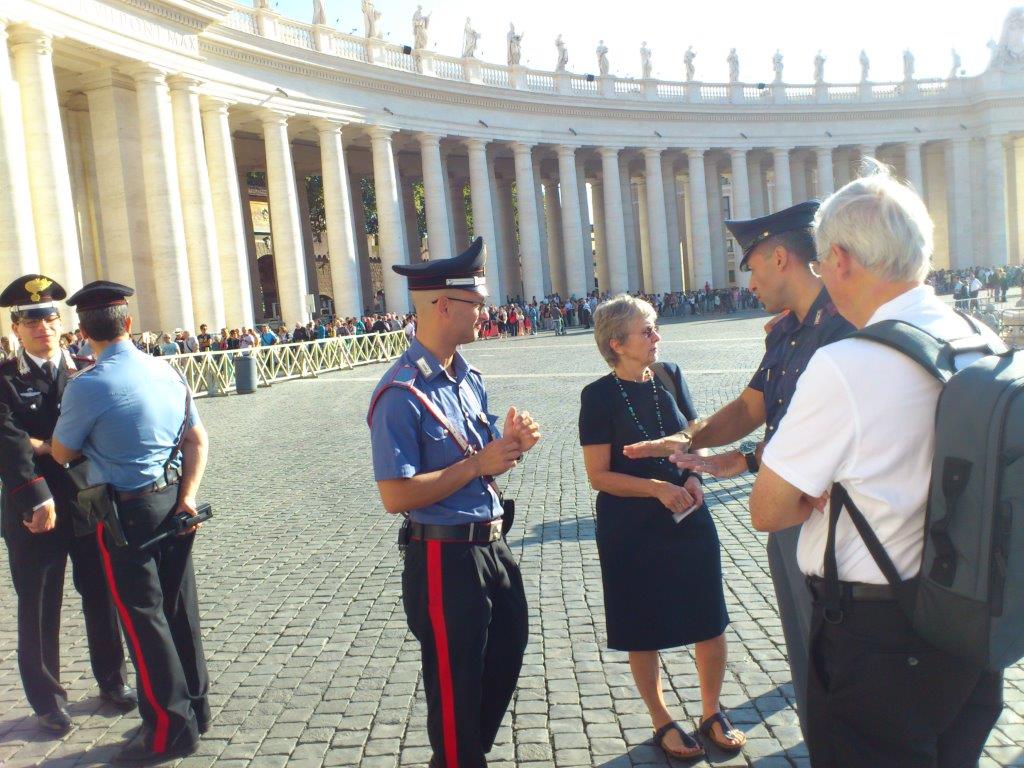 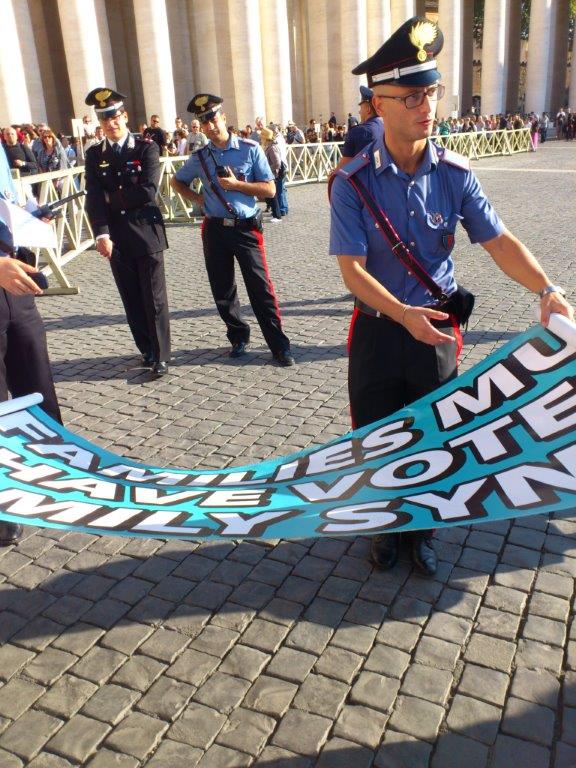 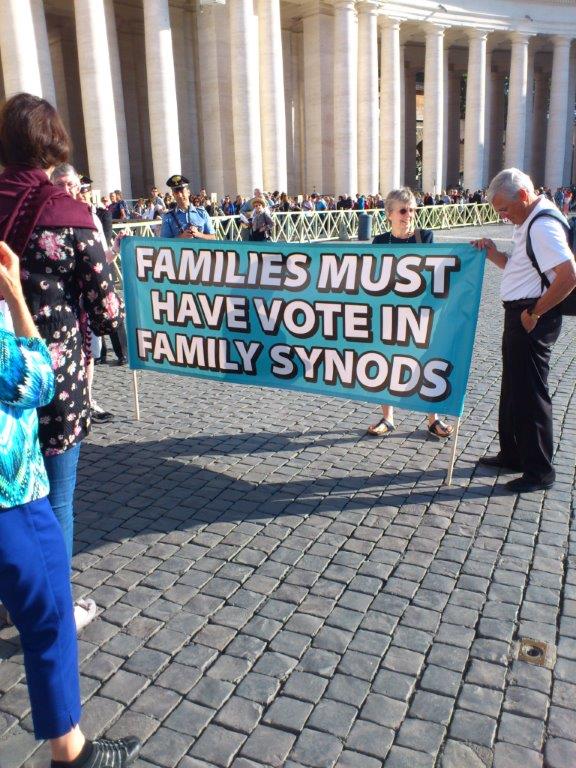 As the crowds streamed into the Vatican Basilica for the opening mass for the Synod on the Family, members of Catholic Church Reform International were joined by International Movement of We Are Church, Women’s Ordination Worldwide and other international reform groups to protest the lack of real decision making power for families at the Synod.  They unfurled a sign that read, “Families must have vote in family synods.”

The group was quickly surrounded by the police who challenged their right to be in the square.  CCRI co-founder, Rene Reid, showed the officers the permit she had obtained for the event, but that was not sufficient.  With more than a dozen officers surrounding the group, the police snapped photos of the group’s signs, song sheets, and confiscated Reid’s passport.  Given the circumstances, the group rolled up the signs and waited.  The police later returned with Reid’s passport and agreed they could conduct their peaceful protest.

From our own archive:

A previous occasion when police in Rome seized passports from well intentioned Catholics was at the Synod of the People of God 2001 which offered a response from lay Catholics to the Bishops' Synod on the Life and Work of the Bishop.  We Are Church had gathered representatives from around the world to put their concerns and needs regarding the topic to the Synod.   The assembly wrote a letter to the Bishops which they wished to deliver peacefully and without ceremony to the Synod General Secretary's residence.  The police barred the way and only after much negotiation and surrender of their identity documents allowed Shadow Synod organisers  to approach the letter-box and deliver the letter.