Back to first two days 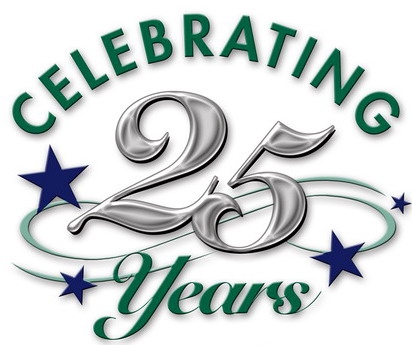 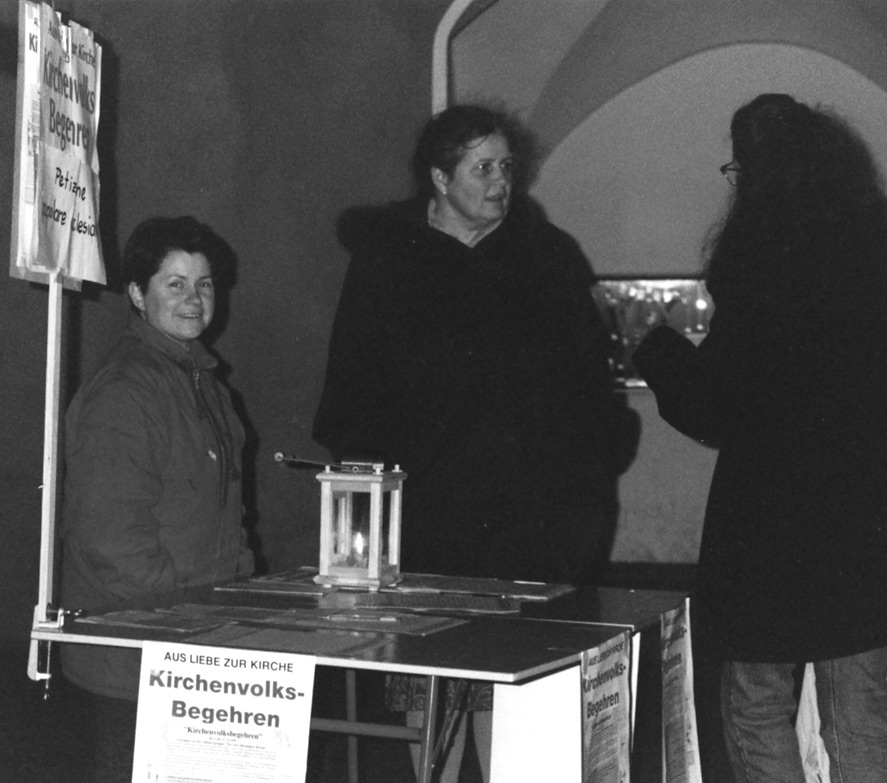 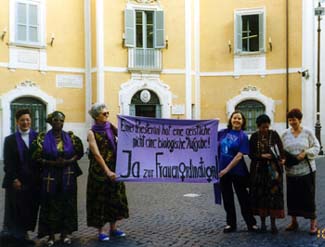 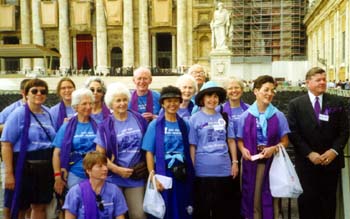 Presenting 3 million signatures to the Vatican
1997 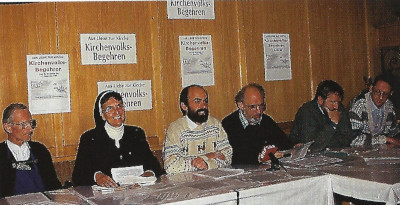 Leaders of the worldwide We Are Church network are in Rome from 25 to 31 October 2021 to celebrate 25 years of working together to achieve change in the institutional Church. 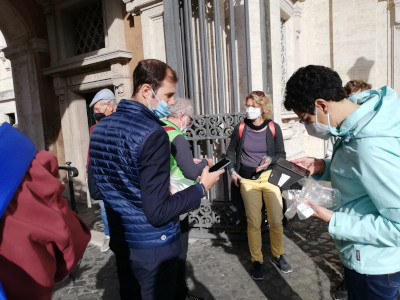 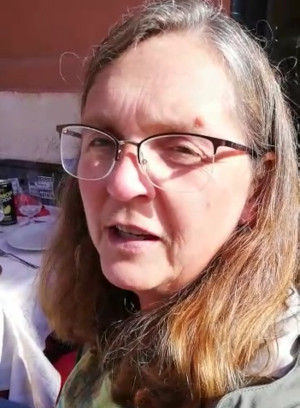 "I wonder what the fisherman who came to Rome would think about having such a massive church built on top of him?"

Visit to the Necropolis below St Peter's

The party found the visit valuable but were not able to take pictures, so we invite you to watch the video below.

This virtual presentation is hosted by Fr. Logue on the excavations beneath St. Peter's Basilica in Rome. Commonly called the Scavi Tour, these excavations began during World War II in a quest to find the tomb of St. Peter in a Necropolis dating back to the Roman Empire. While in seminary, Fr. Logue served for almost two years as an official guide of the Vatican Necropolis and will present a virtual tour as well as the history of the discovery. 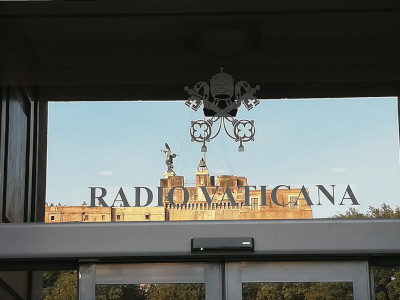 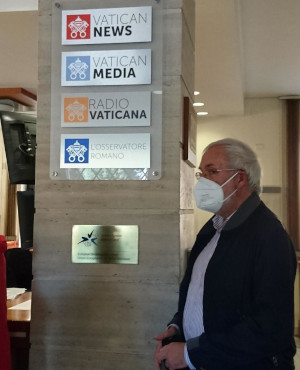 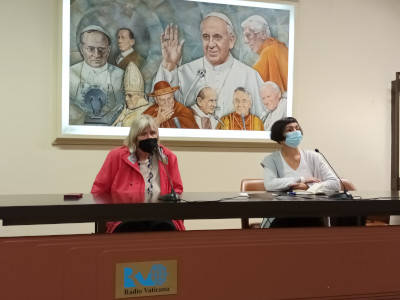 Martha and our host 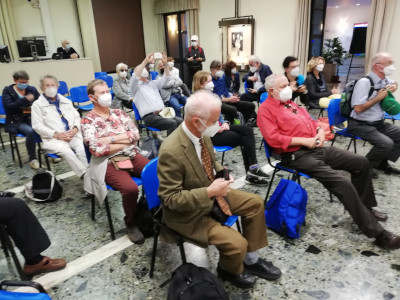 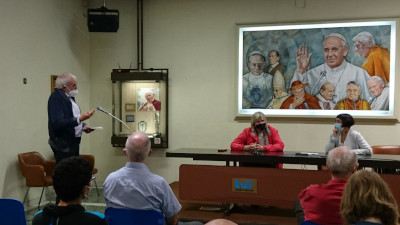 Our host spoke very openly about Vatican News, which is not responsible for Vatican Press releases, but is part of the Vatican. They translate into 40 languages and include explanations for different cultures. She did say that one might expect an international pope like Francis to have an international team at Vatican News - but the head and all the senior management team are all Italians! Pope Francis visited Vatican News for the first time in 8 years earlier in 2021 and used his visit to criticise the German section. Our host has worked under 3 popes and has a great admiration for Pope Francis.

The Community of Sant'Egidio is a lay Catholic association dedicated to social service, founded in 1968 under the leadership of Andrea Riccardi. The group grew and in 1973 was given a home at the former Carmelite monastery and church of Sant'Egidio in Rome, Italy. 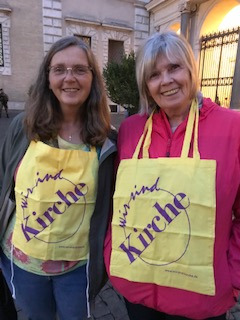 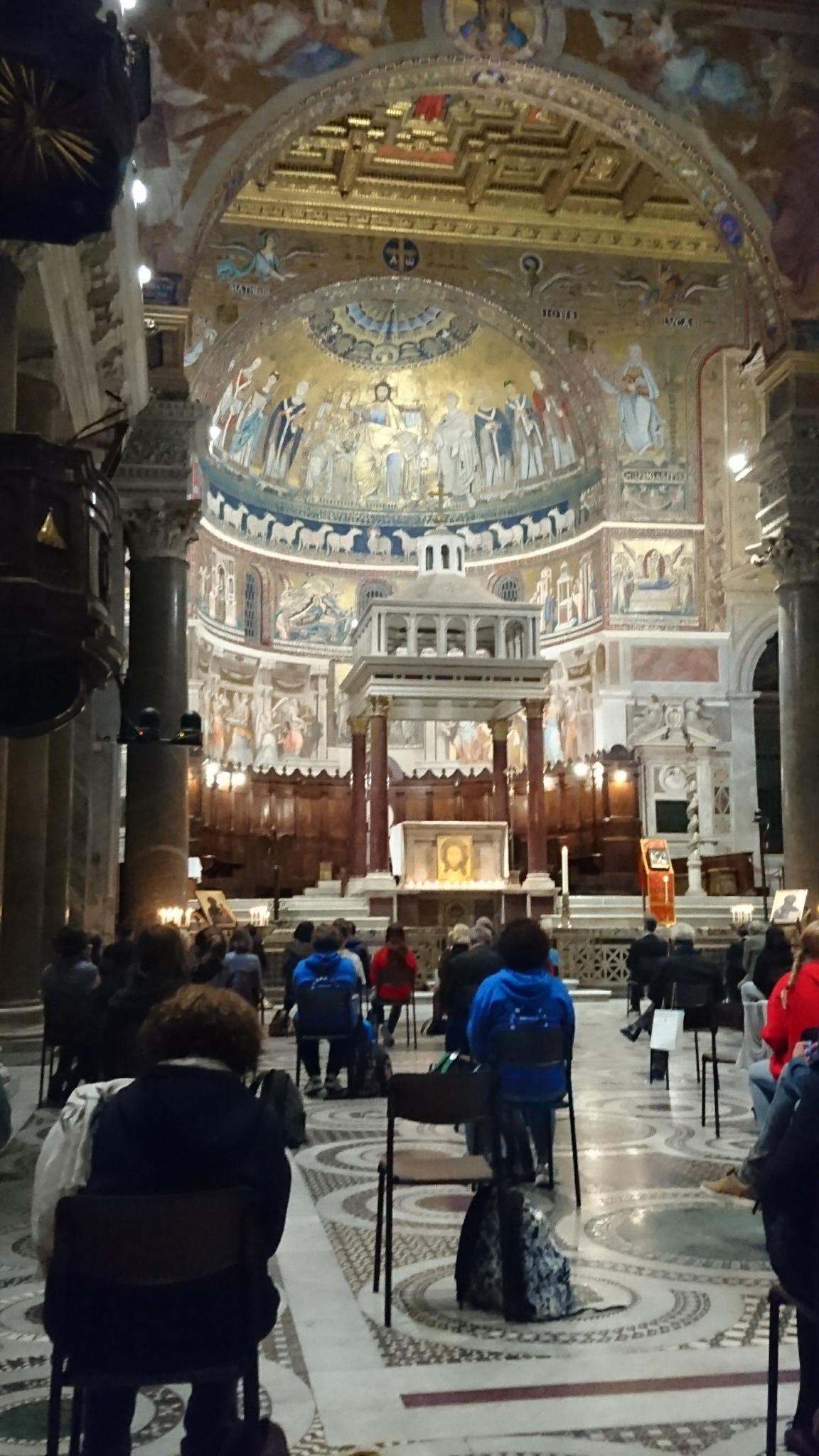 At prayer in the church 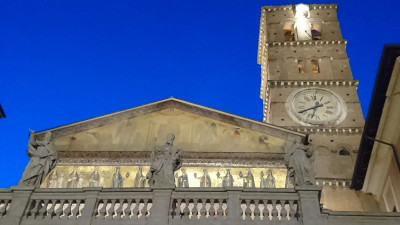 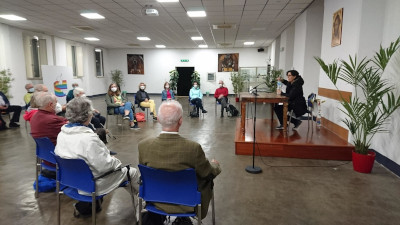 We learn abou the community

In prayer - active for the poor and peace 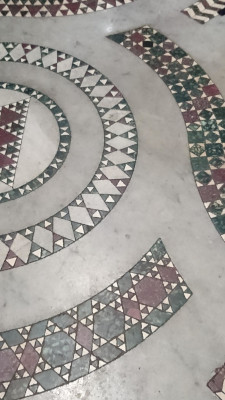 Detail of floor in the church

This is the oldest of Rome's four major basilicas and the official seat of the Pope. It is known as "Mother church of the whole world" amongst Catholics.. 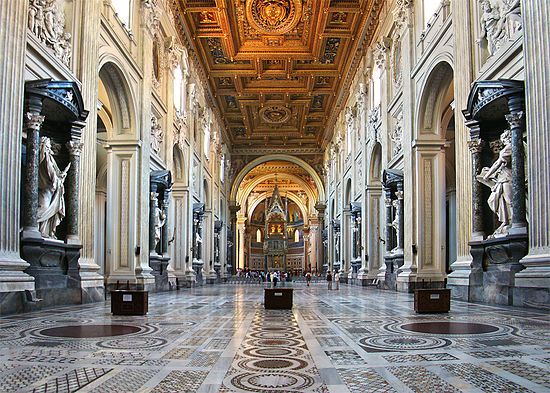 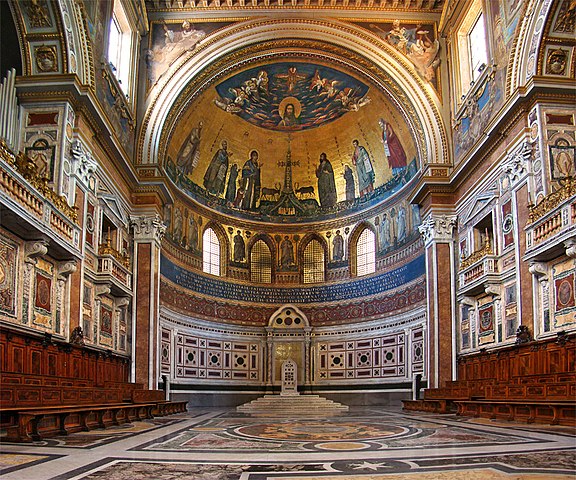 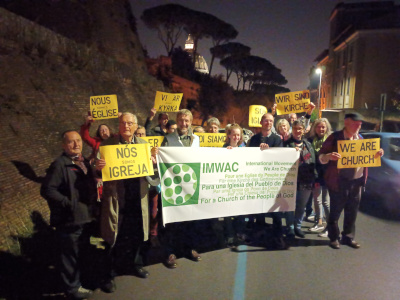 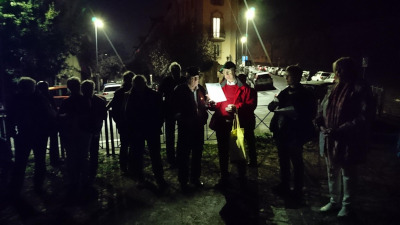 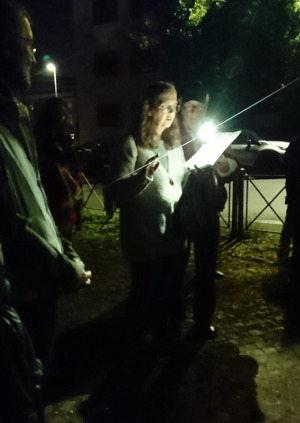 On Saturday evening We Are Church held a prayer Service on the walls near St Peters.

No celebration is complete without a cake!