There may be articles on this page for IMWAC Council members who are asked to login.

We have been called to form consciences not replace them’, Pope Francis

PRESS RELEASE from We Are Church (Ireland)

We are Church Ireland welcomes the publication of  ‘Amoris Laetitia’  - the reflections of Pope Francis on the recommendations of the 2014 and 2015 Synod of the family. However the Synod recommendations did not reflect the voices of Catholic families who had no deliberative voice throughout the course of both Synods.

While its pastoral outlook and its emphasis on the ‘logic of mercy’ are very welcome we are disappointed that there are no positive changes for the many divorced and civilly remarried Catholics who are in second relationships. 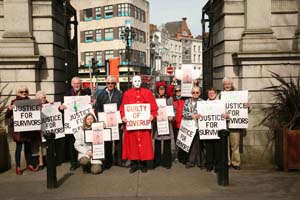