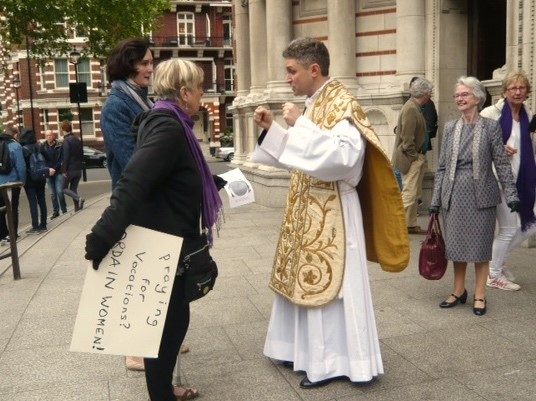 In their latest newsletter they write:

In our 21st century democracy, so celebrated by Pope Francis, we must challenge our lack of freedom of speech in the Church.

At Westminster Piazza, on Vocations Sunday on 7th May, CWO

‘Ordinatio Sacerdotalis’ still prevails. We may not speak out against its injustice and inaccuracy, despite its widespread condemnation by theologians.

Does not the hierarchy understand

Why may we not speak?