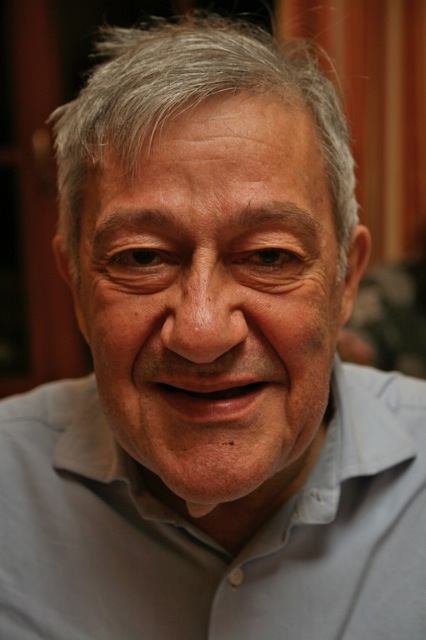 Noi  Siamo Chiesa have 196 adherents, it is present more in North Italy, central office in Milan, budget of 4000 euros (about), 150 persons every day open  the website, more than 1000 are linked with Facebook of Noi Siamo Chiesa. The national Committee have 16 members. Every june we organise  the annual assembly  of  Noi  Siamo Chiesa association with 50 presents.

The are no real contacts with the bishops. Good contacts with the priests, religious, theologian  and others engaged in progressive line. In Milano there is a network , supported from us since 2002  for meeting , statements and so on. In Italia  Noi Siamo Chiesa has promoved Chiesadituttichiesadeipoveri to remember the 50th of Council. This network has organized three meeting (2012, 2013, 2014) , the fourth on next 9 may about Gaudium et Spes. We have collected more than hundred associations or  proconcil . The catholic  press  never writes of  “Noi Siamo Chiesa”. The lay press very little, TV never and never. In this situation it is very difficult to communicate our proposals, only underground! The situation of media for us  is different from many other countries in Europe.

We were engaged in Conclave and Synod  issues with Martha and Christian on march 2013 and October 2014. About Family and Synod we have answered to questionnaire on December 2013 and then we have written three texts on beginning, in the middle and on the end of Synod of october. Now we have a meeting in Milan on next 14 march . Oliviero Arzuffi has written a book about the divorced  remarried.

After one year of pope Francis  we have had a meeting in Milan about the pontificate.  On the end of avril we have written a critical statement about the beatifications of the popes (sent to I. Council). On February a statement on 30th  of signature of “Concordato”  (agreement State/Church) of 1984 with our critical opinion.

In july we have collected 368 signatures for the rehabilitation of Ernesto Buonaiuti, leader of “modernismo”  (precursor of Council) condamned from Pius X.

In November we have written a statement about the pope in Strasbourg and in December a proposal of five points for the beginning of  Church reform.

The new deal of pope is not well accepted from the majority of bishops. They wait for the situation change. The pope has proposed that the President of Bishops be elected from bishops . The bishops have refused (now the president is named from the pope). The pope has  spoken severly  to the bishops and he has named Galantino like Segretary of Bishops Conference. Galantino is near progressive opinion.  There are difficulties in the pew to understand the deal of pope but  the public opinion is very near to the pope (not only catholics) . In the economic and political  crisis the pope appears  a main leader both in the religious questions both also in some   civil matters (peace, war, immigrants, job). The network inspired from Council is with Francis but he hopes real changements  of Curia and about main issues of our movement. We have had only a contact with Curia , on behalf on Council 50 (meeting of next november)  with kind answer from Mons. Wells , number three of Segreteria di Stato.