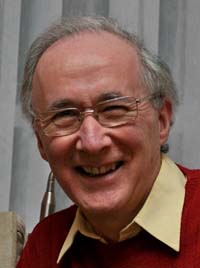 ‘Guided by the Holy Spirit we must come together and find new inclusive governance structures to replace the old patriarchal model, which has broken down’, writes Colm Holmes.

SENIOR CATHOLIC BISHOPS from all over the world gather in Rome this week for a four-day summit on clerical sexual abuse, which some say is the most serious crisis in the church since the Reformation.

Child sexual abuse will rightly top of the agenda, but it’s also just this month that Pope Francis admitted that Catholic priests and bishops have sexually abused nuns. Pope Francis said: “I think it is still going on, because it’s not something that just goes away like that.” And Pope Francis said this was a cultural problem, the roots of which lie in “seeing women as second class.”

That is a very honest admission by Pope Francis that women are seen as second class. That is the way it had been for many centuries. Women were there to raise children; the men were in charge. But that has changed dramatically in the last 100 years, with women getting the vote and every role becoming open to women – except of course in the Catholic Church.

But let’s go back to Pope Francis statement acknowledging that priests and bishops have sexually abused nuns. Was this news? Not really. In 1994 Irish Medical Missionary of Mary Sr. Maura O’Donohue had prepared a detailed report for the Vatican. O’Donohue wrote that at first she reacted with “shock and disbelief” at the “magnitude” of the problem she was encountering through her contacts with “a great number of sisters during the course of my visits” in a number of countries (22 in all, mainly in Africa, but including Ireland, USA and Italy):

The sexual abuse of nuns by priests and bishops is continuing, as confirmed at the Voices of Faith Overcoming Silence Seminar in November 2018 in Rome. One of the speakers was Doris Wagner who as a young nun was sexually abused by priests.

The second-class status of women in the Catholic Church continues:

For centuries the church hierarchy did not have to justify excluding women from all ordained ministries. Everyone knew that women were naturally inferior to men. But in the 21st century that argument is now seen to be false. Instead the hierarchy now refers to the “Last Supper” and claims it was an ordination ceremony for the 12 male apostles. But would Jesus have excluded the women who supported him in his ministry from their own means? They followed Jesus up to Jerusalem; they were at the Last Supper; they stood at the foot of the cross when the men ran away; Mary of Magdala, Apostle to the Apostles, was the first witness of the Resurrection.

At the International Women’s Day Conference (8 March 2018) the former President of Ireland Mary McAleese said: “…the Catholic Church has long since been a primary global carrier of the virus of misogyny. It has never sought a cure though a cure is freely available. Its name is “equality”

In the churches around Ireland the large majority of the congregations are women. With the dramatic decline in the moral authority of our hierarchy the way forward must be through sharing decision making with all the Faithful, men and women, married or single, regardless of their sexual orientation. Guided by the Holy Spirit we must all come together in dialogue and find new inclusive governance structures to replace the old clericalist and patriarchal model which has broken down.

“In Christ there is neither Jew nor Greek, neither slave nor free, nor male and female”  (Galatians 3:28).

Article published in The Journal on 22 February 2019