We Are Church in Rome

Despite the rain some of the We Are Church team in Rome find time for a photo call in St Peter's Square. 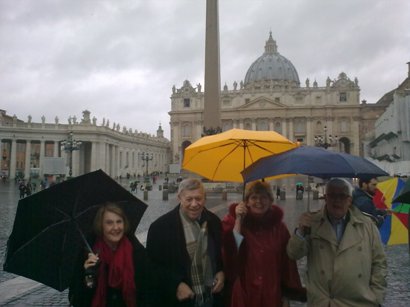 This morning our team had a short briefing again. Our "document" seems to find very positive response from IMWAC member groups. Now the translations will be done by our voluntary translators. Valerie is working on the website. The speakers, Basilio and his team are preparing the presentation that we'll have Thursday evening at the Monastry. Thank you all very much!

Martha found out that this afternoon the Cardinals had a prayer in St. Peter's Basilica at 5 p.m. Surely, we wanted to take part and passed the control at the entrance of St. Peter. But only nuns and priest and those lay men and women who went to confession were allowed to go to the Rosary of the Cardinals. "The church" didn't want us to help with prayers for the next pope. So we decided to go back to the hotel and to solve the technical problems of internet and so on...

We don't know the date of the beginning of the Conclave yet. It might start even later than March 10 or 11. The Cardinals are still discussing the general cause of the church. The Cardinals from the US don't want to go into the Conclave I read somewhere. German Cardinal Kasper, former Prefect of Ecomenism, wants to have much more transparency inside the Roman Curia, "Centre" should not automatically mean "Centralism". So we will have to wait and wait and wait - together with 5000 media workers in a rainy and a little bit depressing Rome.

This morning we welcomed Prof. Michael Walsh from UK and Paul Collins and Marylin Hatton from Australia. Now we are only waiting for Vittorio Bellavite to arrive from Milan. 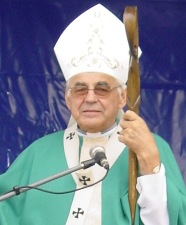 In the newspaper I read that 107 of the 115 cardinals who are allowed to vote have now arrived in Rome. I also read that Card. Schoenborn (who is allowed to vote) and Card. Vlk (who is to old to vote) are hoping for a Pope who is open to the world like John Paul II. There are other Cardinals who ask for more information about Vatileaks, who want to continue to clear up the sexual abuse cases within the church and who are asking for reform of the leadership of the Church.

The last issue was the one we also were working on today. We discussed in detail the content of our presentation on Thursday and our written document. We please to confirm that the background talk will take place on Thursday evening at 17:30 p.m at the Monastero delle Suore camaldolesi all'Aventino.

Just by chance I found an international / multilingual website www.voteforpope.net of the University of Montreal and other organisation where you can elect "your" candidate.

However we don't want to give our opinion about different candidates. 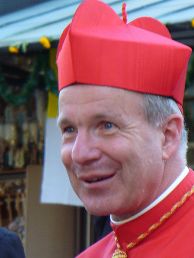 We find it much more important to express our expectations for the next Pontificat and to spread information about the different groups of cardinals. About 40 Cardinals are in close contact with  "Opus Dei" and about 20 cardinals are in close contact with "Movimento di Comunione e Liberazione". But even as a coalition they won't be strong enough to form a 2/3 majority. So there will be longer negotiations before and during the Conclave I guess.

Keep your fingers crossed that the Cardinals will come to a decision about the beginning of the Conclave soon. 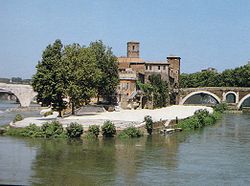