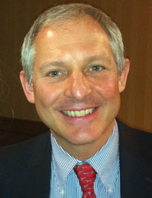 Almost 400 gathered in the Regency Hotel in Dublin on the 15th of November 2013 to hear The Tablet's Robert Mickens ponder the question 'Can Pope Francis deliver reform?' The meeting was organised by the ACP and ACI.

ACP's Fr Tony Flannery who has been forbidden to practice his priestly ministry by the CDF introduced Robert Mickens who gave a very detailed account of the impact Pope Francis is having in Rome and around the world. In summary Mickens concluded Pope Francis can only deliver real reforms if all reform groups around the world continue to press for open discussion, new structures and accountability. He also noted that Pope Francis might appoint 14 new cardinals at the consistory early in 2014.